At the end of 2016 I decided whilst visiting the USA I would end my trip by getting on a large cruise ship and travelling across the ocean to the Bahamas. Cruise ships are great for people who use wheelchairs to start travelling, they are easy and accessible. Your accessible room, restaurant, pool and bathrooms are all in one space. Its a great way to visit countries that you would usually find difficult for a wheelchair such as the Bahamas.

Our first day we boarded a ship with lots of assistance from the staff. They helped with going up ramps and carrying the luggage. As anyone knows with a disability it is hard to travel light with all the medical equipment you need to bring so having help really made it easy.

In our room we found it to be extremely large with an oversized bathroom as well. The beds were comfy which helped manage my pain. The wheelchair accessible rooms are near the lifts which makes it easy as the carpet on these ships are pretty damn thick! Pushing around was enough exercise for the year or two. Lucky my smart drive was half working for this trip so i hardly had to push. ( I had the older version at the time which kept breaking and cutting out. So some days it was a surprise whether I had to do a massive workout.)

We were only on a 3 night/4 day cruise. We boarded in the afternoon and arrived at one of the islands in the morning. The small boats to get across to the islands were easy to get on, I did fear falling in but I think that may have been anxiety as I was strapped to the nose of the boat, this sounds safe right? :S :S

Once we got to the island we found that it was an all sand island. It was created by the cruise ship company, they had built small bars and beach shacks, apparently they rented the island from the Bahamian government. They had heaps of activities which included jet skiing, snorkelling and relaxing on the beach. When we first got on the island I was extremely happy to realise that they have beach wheelchairs! Fantastic! My only concern was that my partner had to push me around the whole time but it was actually really easy to manoeuvre this type of wheelchair and of course he is really supportive and gets me involved in any activity.

This island was lovely and relaxing. We got to see all the bahamian fauna which was different, we got to eat lunch with an iguana who liked to follow us around. We boarded the boat around 4:00pm to set sail to the capital of the Bahamas which is named Nassau.

We went out for dinner that night on the ship, we found all the restaurants to be extremely accessible. My partner and I enjoy people watching, I know this sounds weird but we enjoy being in a social environment chatting and just observing the atmosphere. Well this was especially fun in the restaurant that night. Why was it more fun than usual you may ask? Well the boat was fiercely rocking and people were having trouble just doing human things like walking, eating and sitting down. This was good to watch and lighten my mood as I was hanging on to the dinner table for dear life trying not to roll from one side of the boat to the other. 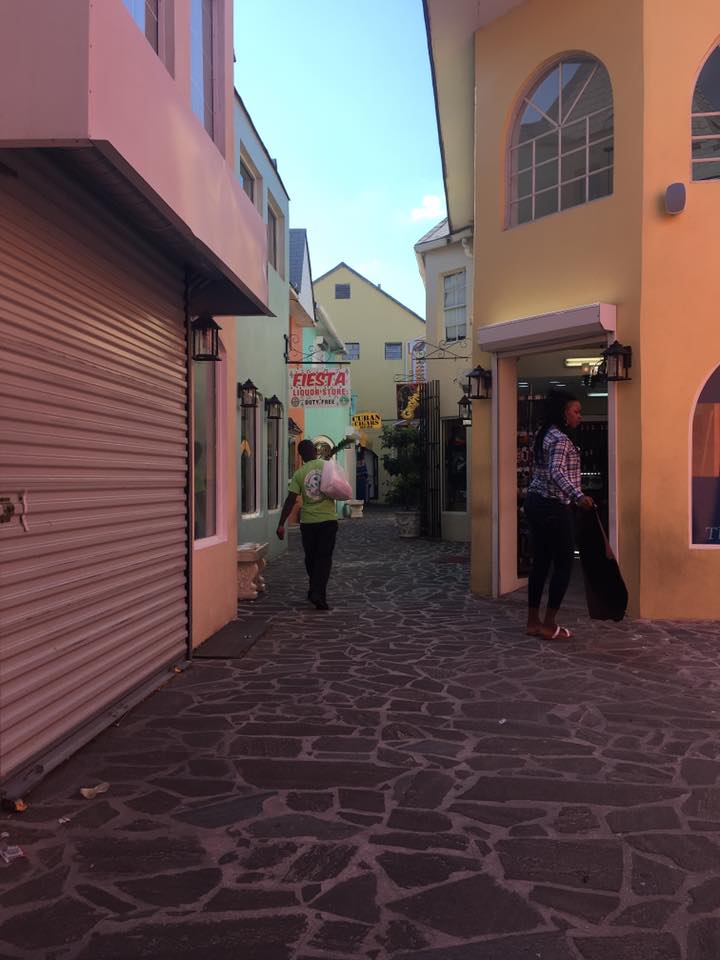 Nassua was a lovely Port, you could tell the cruise ship made a facade where the terminal was. It looked fake but it was still fun to wheel around and visit all of the local shops. We decided that we wanted to see the real version of the Bahamas so we hired a driver to take us all around the island instead of the American made part. The car wasn’t a specialised wheelchair cab but just a regular Taxi, having a manual wheelchair and a smart drive it is easy to dissemble and put into a regular car.

Nassau has a strong history it was formerly known as Charles Town; founded in 1670 by British Noblemen who brought British settlers with them to New Providence. It was then burned to the ground by the Spanish in 1684 during one of their frequent wars with the English. It was rebuilt and renamed to Nassau in 1695 under Governor Nicholas Trott in honour of the Dutch Stadholder and later also King of England, Scotland and Ireland, Willian III from the Dutch House of Orange Nassua. The name Nassau derives from the House of Nassua and ultimately from the town of Nassua in Rhineland of Palentine in Germany. In 1713, the sparsely settled Bahamas had become a pirate haven. The Governor of Bermuda stated that there were over 1,000 pirates in Nassau and that they outnumbered the mere hundred inhabitants of the town. They proclaimed Nassau a pirate republic

Seeing all the history throughout the whole island was amazing. Our driver was a local and explained it well from a locals perspective. Of course history does not go well with accessibility but it was still worth it even in a wheelchair. 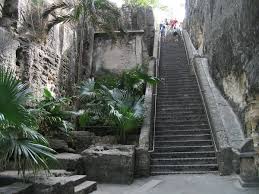 It was time to board the ship once again, we enjoyed our cruise to the Bahamas. That night we just relaxed in our room and had an early night ready to fly back to Australia in two days. It was definently a relaxing end to our 12 week USA journey. I would recommend it to anyone who is new to the wheelchair life or even the veterans as its an easy accessible holiday.

This is a text widget. The Text Widget allows you to add text or HTML to your sidebar. You can use a text widget to display text, links, images, HTML, or a combination of these. Edit them in the Widget section of the Customizer.